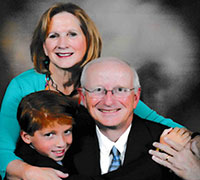 Debbie Durban had just celebrated her grandson Liam’s 10th birthday before he was diagnosed with type 1 diabetes (T1D). “He was perfectly fine during his birthday and before his mom took him Friday afternoon to his annual well check visit,” says Debbie.

Damian Georgino has led an adventurous life while living with type 1 diabetes (T1D). He was diagnosed with T1D at the age of 13 during wrestling season. “It was March of 1974. I woke up on a Saturday morning, and I was so thirsty. I drank a giant coke.” says Damian. Later that day, he went to the hospital because something just seemed off. “The doctor could tell [something was wrong] by the smell of my breath. They tested my blood sugar and it was in the 600s.” Damian’s diagnosis was quite a shock to him and his family as no one else in his family had T1D. 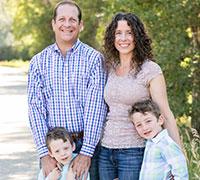 Bryan and Antoinette vividly remember the moment in 2012 when their son, Luciano, was diagnosed with type 1 diabetes (T1D). “He was sick all week. The pediatrician told us he had a virus. On that Saturday morning, we were lying on the couch together,” says Antoinette. Luciano was 23-months-old at the time. “He was lying on my lap, waking up only to ask for juice. After he drank his juice, he’d close his eyes again. 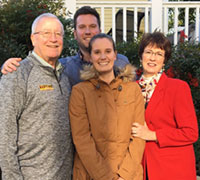 Sally Southard exuberates positivity. Diagnosed with type 1 diabetes (T1D) at the age of 10, Sally has lived with T1D for more than 50 years; and she isn’t letting it put a damper on her cheerful personality. “I think how you handle T1D has a lot to do with your attitude,” says Sally. “I don’t want to feel like a victim. I try to stay upbeat about it.”

The material presented on this Planned Giving website is not offered as legal or tax advice.
Read full disclaimer|Sitemap|Planned Giving Content © 2020 PlannedGiving.com

Some areas of this page may shift around if you resize the browser window. Be sure to check heading and document order.
0